Kinesiotaping on human patients has been around for years and is now commonly used in nearly all sports at the highest levels. Lee was one of the pioneering Physiotherapist who started exploring the use of the tape on horses nearly 10 years ago, carrying out some of the earliest studies in its use. He worked with the company that developed the original kinesiotape in the USA to develop a specific tape that is more effective on animals rather than using the human tape. The tape is used in a very similar way as on humans and has shown similar benefits. 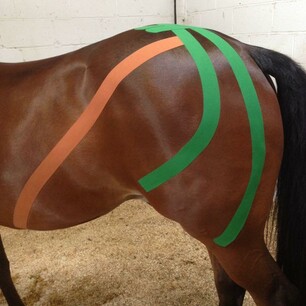 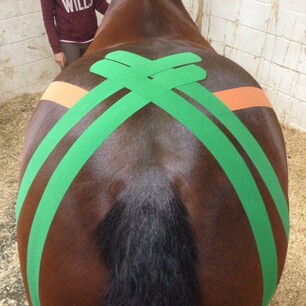 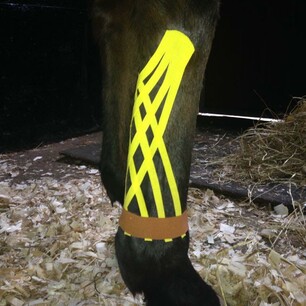 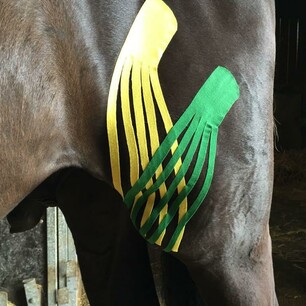 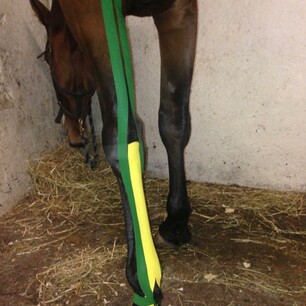 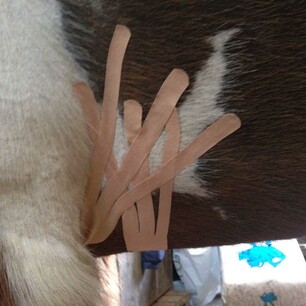 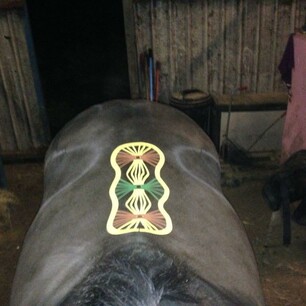 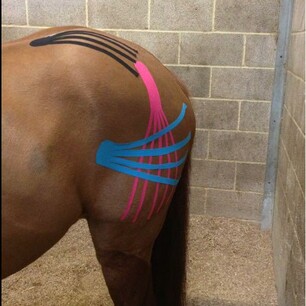